Something new is happening to Indian documentaries. But so far, it’s not very easy to find them.

Only three Indian documentaries have found theatrical distribution in their own country — and while the nation has more than 800 TV channels, not one is devoted to showcasing documentaries.

After India gained independence in 1947, the documentary film was primarily something that the Indian state used as a propaganda tool in order to construct a national identity. The state film agency, Film Division, produced a wealth of films on folklore, traditional dancing and other identity-creating topics.

Later, political activists — often in opposition to the government — started to use documentary films as way to put focus on issues such as the environment and minorities. In recent years, this political approach to documentary filmmaking has been joined by a new generation of filmmakers, who have widely different approaches to the genre.

Take, for example, Paromita Vohras’ documentary “Partners in Crime,” which competed this year at Mumbai International Film Festival. The film’s theme is how the internet has challenged the traditional way of thinking about copyright. The cinematic language of the film is energetic, vibrant and colorful: Bombastic music, a young boy rushing by on a motorbike through the city and a quick editing rhythm that is almost blatant. And as such, Vohras’ movie is symptomatic of the latest developments in Indian documentary, which has become much more fragmented in recent years.

Another MIFF 2012 title, “Brokering News,”  deals with examples of Indian media who sell space to politicians and companies disguised as news. But this movie, with its colorful visuals and significant pace, shows qualities never quite seen before in nonfiction Indian cinema.

“A growing number of Indian filmmakers consider documentary film to be an art form,” said Vohra. “This was not case when the films should have political resonance. The artistic approach to documentary has meant that several Indian films now are more subjective and personal, and they often make use of hybrid forms such as songs, fake commercials and animation. Compared to western documentaries Indian films are often characterized by more performance and chaos.”

Vohra said India’s politics long defined documentary filmmaking. “The framework is now more fragmented, which has led to more open-ended films. Also, the developments in technology with video and later digital cameras has made it much more accessible to create a film and thus have lead to a much larger amount of films being made each year.”

Despite the explosive growth of diverse documentary styles, the genre is still much in the shadow of the fiction films from Bollywood, which dominates Indian cinemas.

“Most documentaries are shown at festivals, universities or privately arranged screenings,” said Mumbai-based film critic Nandini Ramnath. “The interest of the audience is clearly increasing, but it has not infected the broadcasters’ programming yet.”

The lack of interest from broadcasters also makes financing documentaries difficult. Indian directors often work with a very small or no budget at all, but there is also a growing number of Indian documentary filmmakers who works in the realm of international co-productions. Even so, compared to the fictional escapades of the Bollywood industry, Indian documentary has had very little attention abroad.

Not everyone believes that international co-productions are the right way to go.

For three decades, Anand Patwardhan has self-financed his politically charged activist documentaries; among them is the 3-1/2-hour-long “Jai Bhim Comrade,” which deals with the Indian caste system. It screened at MIFF 2012, but might never make it to television.

“A growing number of Indian films are now made in collaboration with European TV commissioners via pitching camps, but I have stayed away from this as I do not want any kind of outside interference or influence on the form and content of my film,” Patwardhan said. “Unfortunately, today TV determines what gets made and seen and even the film festival space, once devoted to independent films made with passion and integrity, is now reduced to a marketplace where the filmmaker is just a performing monkey in front of commissioning editors and sales agents.”

Patwardchan believes Indian documentary should refrain from becoming too involved with the international marketplace. “Television in India never shows feature-length documentaries,” he said. “Several of my own films were on national TV only because I went to court after winning a national award and could argue, ‘How can the government give me a prize and afterwards say it is not good enough to show the public?'”

However, there are advantages to the fragmented development.

“When the personal and the political are mixed, it will open new doors and provide access to political discussion for people who have not previously taken part in the debate,” said Paromita Vohra.[/vc_column_text][/vc_column][/vc_row] 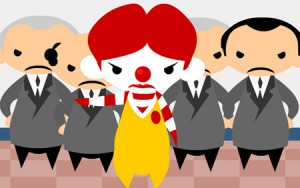 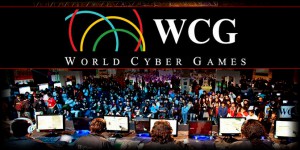 Who is Steffen? Steffen Moestrup is a professor, freelance critic, journalist and producer based in Aarhus, Denmark